The Original, The American Gangster.

American Gangster; “the original O.G. in chinchilla” – the story of Frank Lucas is being released on the silver screen November 2nd of this year starring the one and only Denzel Washington.

Frank Lucas led the most successful drug trafficking ring in the history of New York City, specifically Harlem. By dealing direct with Southeast Asian suppliers, cutting out the middle man, and transporting his purchases by military plane in the coffins of the KIA soldiers of the Vietnam War, Lucas was able to sell his “Blue Magic” for half the price, with twice the quality as his competitors. His business model shot him up (no pun intended) to the top above every one of the other “families” in town, grossing $1 million a day.

Lucas was convicted in 1975 on federal and state charges and sentenced to 70 years in prison in ’76, but later information he provided to authorities led to the conviction of over 100 drug lords, as well as the fall of three quarters of the New York Drug Enforcement Agency. This helped reduce his sentence and he was released from prison 15 years later, in 1991.

I personally have had a chance to see this movie, and it is a solid four stars. With the two and a half hours Ridley Scott put together, the story of the American Gangster is told in a brilliant way from Frank’s rise to his fall. 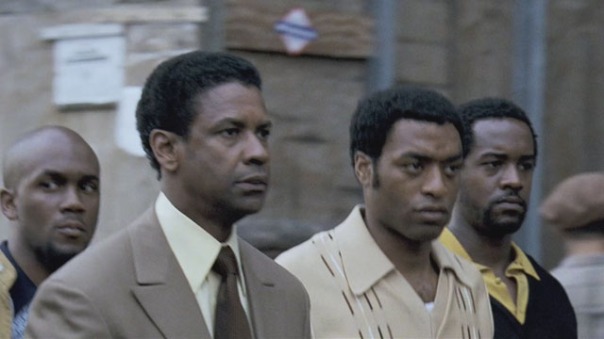 Denzel nails this role to the art that was the American Gangster. He captures the very essence, as well as leaving behind the exact charm that Lucas had, and still does today. Russell Crowe also does a fantastic job of entering Richie Roberts in his hunt of this hustler.

I definitely recommend this movie to anyone and everyone, as it is not only a very well told story, but an incredible tale of American history.

From brushing your teeth, to handling your money the way you know you should, GN has the experiences, scoops and tips for your disconnected and wired life.
View all posts by GN »