Well, readers, seems that I’ve posted a tad late on this subject. I’ve been meaning to get onto it ASAP, but stuff happens.

Anyway, recently, MTV had/is having their contest for Best Act Ever. Early voters used scripts of all sorts to casts millions of votes for Rick Astley, the 80s artist of the song “Never Gunna Give You Up”. This song’s music video became the net phenom of the Rickroll.

Now, the early voters helped Rick get through to the next round, a vote between 5 artists. Again, users contributed by voting (including us here at The Underground), using scripts and programs to macro Rick a victory. A user created the website Best Act Ever (bestactever.com) in order to help the cause, spurn a pretty large community in a short amount of time.

On the site, you can find scripts and bots to help you vote if you don’t want to make your own scripts. A user named Cliche made the RickVoter, an online voting script which was used to vote via Firefox. The script seems to have been blocked, and was taken down after millions of votes were cast. Other scripts in Python and C have been created by the community for public use, and feature a roughly 3 second time delay between votes.

Why vote for Rick?

As the admin of BestActEver put it, the artists in the current round as recent. Britney Spears and the likes don’t even qualify for the position of best act. If the competition had some older artists like the Beatles, things would be a bit more interesting.

Similarly, fans want to tell MTV that THEY are the ones who should decide what to watch and hear, not MTV. They believe that MTV has travelled down the wrong path and needs to be brought back to their senses.

Rick Astley isn’t considered a top celeb, but he takes Rickrolling pretty modestly. He isn’t even invited to many music awards in the first place. We, as the net community, want to give back to this man who has provided us with countless hours of fun with Rickrolls.

Also, the winner gets to play live on MTV. That’s like Rickrolling the world! After the Mets, this is pretty damn epic.

Finally, some pictures. The vote count is WAY above 8 million, if my last search for stats was accurate. Probably more now, I was away for a few days. However, I did vote a few times, with a python script and the online RickVoter. 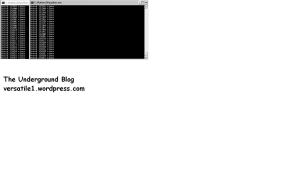 If you want to vote, I believe you still can, but the official polls might have ended. However, the current goal is to get 1 vote per person in the world, so hop to it!

Posted on October 15, 2008, in News. Bookmark the permalink. Leave a comment.