I am proud to present to you….. the TCSU Proxy. I have upgrades hosting companies and

I am getting a $1500 server (free). The new proxy will not allow you to view Youtube videos but will allow most other things. Please click the ad to keep this proxy up! Click the picture to go to the proxy!

Demonoid has gone down again and again for threats directed to the website. Today however, the threat has been to the hosting company through which Demonoid is renting servers from. The staff at Demonoid has made the home page into the following message:

“The CRIA threatened the company renting the servers to us, and because of this it is not possible to keep the site online. Sorry for the inconvenience and thanks for your understanding.”

I have no idea how long they will be down, but something tells me they will be back in some form. No one can hold down the power of the Underground P2P network!

I just tried running my torrents, and to my surprise, the Demonoid trackers are DOWN.  This does not look good for Demonoid.

As of October 9, 2007, the Demonator has been down. This was caused by no one other than, my Dad. As bad as this sounds, it’s true. If anything changes, you all will be the first to find out.

On a brighter note, I would like to tell you all that I am the newest member of the Underground. I will mostly be posting on Peer to Peer topics. But occasionally, I will post other topics. If you have any P2P tutorials you would like to see, please leave a comment and I will post it as soon as I can. As of now, here is my schedule for the near future:

–What is P2p file sharing, and what are the different types

–How to use torrents and what are the top sites

This as far as I have gotten so far. I will post as often as I can, but this is my senior year in high school, so I’m pretty busy.

Mystery – What Happened to Demonator

Hi all, I just want to let you know that I have been keeping in touch with Justin, who is the creator of Demonator.  If you don’t know, Demonator was a proxy site that let Canadians access Demonoid.  Well, right now the website is down, and The Underground has exclusive information why it is down.

However, we feel that it is best for Justin himself to post the reason why it is down.  The answer may surprise you.  Expect clarification on the status of Demonator later throughout the day from Justin himself.  Oh as a side note, Justin is the newest member of The Underground staff.  His name will be Demonator.  Go figure.

Alternatives To The Demonator: The Demonoid Proxy 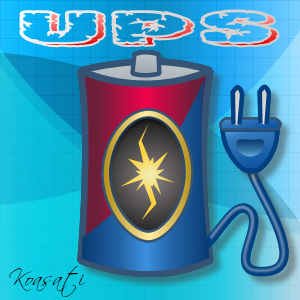 [The Underground Staff works hard finding solutions while you don’t have to.]

Well, there are now reports that the Demonator is down for the count. Maybe it will get back up. Wait and see? I don’t think so!

To be honest, there are tons of proxies to access Demonoid. And the Demonator is only one.

Here are some other proxy sites that you can use to access the private tracker site.

Here’s a list of fast free proxy sites for you to use when you can’t access some websites at school or work. The list is updated with fresh proxy sites frequently.

Unlock Web
XS2Web Proxy
Work Surf
Your Proxy
MySpace Proxy
Proxy 4 MySpace
proxy 4 you!
Surf Everywhere
Hidden Visits
Check Profiles
MySpace Waiter
Social Surf
MySpace at school with this free web proxy portal
2 de web
BestFastProxy
RealFreeProxy
BIZ Browser
Most of these work with MySpace and other sites as well, so you can log into the Demonoid site and download your torrents.
I have personally tested Unlock Web, so these should be up and working

Demonator Proxy – Canadians Users, You Can Use Demonoid!

We at The Underground firmly believe in anything related to the underground. When we heard word that the Demonator proxy existed, we’d be damned if we didn’t talk about it at all. 🙂

The demonator proxy was made to help Canadian users access Demonoid. Right now there appears to be bugs, according to commenter “Justin”. Hey, we understand, its still version 1.0. Good luck with the demonator, and hopefully it will become something that all of us undergrounders can stash in our underground tool belt.

I am a proud user of Demonoid since late 90’s. Invites are hard to get, but I have invites to share if users desire them. Just let me know! Long live Demonoid!

This is a news report about the popular torrent site, demonoid.com

Recently, demonoid was shut down by the CRIA (Canadian). Demonoid was down for approx. 1 week, and is now back up with a slight modification: No Canadian ip may access demonoid. The CRIA sent a letter to demonoid telling them to block all Canadian ips from the mega torrent host.

“We received a letter from a lawyer represeting the CRIA, they were threatening with legal action and we need to start blocking Canadian traffic because of this.”

TorrentFreak, another popular website quoted on IRC that demonoid was really shut down by the CRIA. After demonoid is back up, it seems like TF was really correct.

For Canadian users of Demonoid, there seems to be an alternative that is easily found on Digg.com. You can use the Demonator proxy at http://demonator.jdbeitz.com/ ; However, this has not been tested at the labs at The Underground.

“Demonoid.com is online again, after a few days of downtime. The cause? Legal threats from CRIA, the RIAA’s “outreach program” in Canada. This comes after the disastrous BREIN fiasco, only a few months ago, when Demonoid was forced to move their servers to Canada, in an attempt to find safe haven.

In a move that befuddles the mind, Demonoid is now blocking Canadian traffic. On a site hosted in Canada. Is this genius, or simply an absurd attempt to postpone the inevitable?”