I thought it would be interesting to just write about what it feels like to be liberated from the wrath of technology, more so from the instant messenger programs.

Now I am not going to write about this every single day, but maybe at the end of the week I may write up a reflection post and how things went when a small distraction of my life suddenly “disappeared”.
END_OF_DOCUMENT_TOKEN_TO_BE_REPLACED

Honesty is the Key to Everything 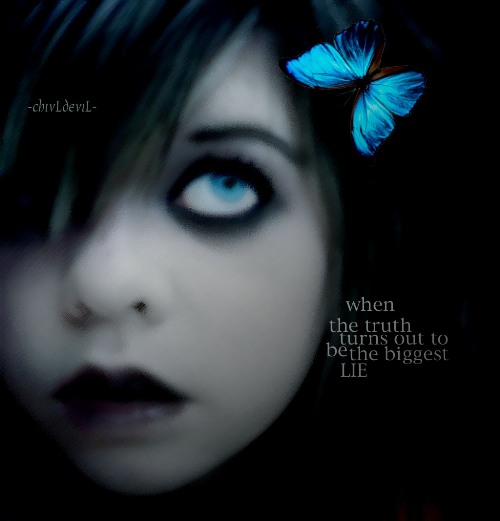 What is honesty? Well here’re the dictionary definitions:

1. The quality or fact of being honest; uprightness and fairness.

3. Freedom from deceit or fraud.

Those are the ways we would define it in an essay, or even a speech; but I am not here to BS you and create a false sense of security; I am going to be as blunt as possible.

There is no possible way in HELL that I’m referring to either of those fine definitions; I’m talking about the one that we repel most often: our own. We choose to seclude ourselves form the outside world without actually confining ourselves. It is as if we want to live two lives at once; there’s the honest side, and then there’s the “honest” side. You all know what I’m talking about. Truthfully enough, the only person you’re lying to is yourself.

The kind of person I’m associating to is the one that A) Lies for no apparent reason or B) Lies to him/herself to elude the elementary fact that he/she doesn’t have such a grand life. Although very different, they are both only hurting the individual at hand, and ruining his/her life.

Type A lying is, considered by many, a disorder. For some reason, they spark their own lives with daring adventures and meteoric facts that do nothing but give one measly moment of glory which will be forgotten once that second ticks. There is no benefit gained from it; in the long run, it will probably only cause social disbelief in the subject, and he/she will not be trusted. ‘Side effects may include: Loss of friends, disbelief of everyone around you, and crying. Using just a bit of logic, these “exquisite” liars are easy to spot. When you call him/her a liar right to his/her face, be sure to expect a negative reaction. Hey, it’s not your fault that you don’t believe that trip to the store turned into a dragon slaughtering, or witch burning, or whatever kids do these days! In all seriousness though, lying to oneself is just another way to create a false sphere for people around you; another way of getting pity from others. They just want others to feel sorry for them and their more-than-perfect lives. It’s a sort of transition to a new, falsified life, to relish the audience with majestic stories; nothing more.

I feel like I’m diversifying to blood types, but type B are the ones that lie to themselves to create a false reality. It is a scrutinizing process upon oneself to believe in his/her own lies. A mental battle, in a sense, that is fought down to tears sometimes. It is the brain’s reaction, for some, as an alternative to suicide, or just an excuse for being plain lazy and not WANTING to change the life of oneself. This form of lying is, by far, the most pathetic thing people can do to themselves. I mean, what are we living in alternate realities or something?! ‘Enter… THE MATRIX! Where your whole world is a lie!’ It’s more sad than anything.

Lying to others and lying to oneself are two completely different stories. Type B liars, from my perspective, are much worse than type A. Why so? Well because type A liars can always find new people and start out fresh, while type B lie so frequently that, after a while, those persons actually start believing their false preachments. Either way you look at it though, lying is just awful.

If you’re honest you won’t have any problems, I guarantee it! Sure sometimes it’s difficult to confess, but you will feel amazing about it afterwards. You shouldn’t have to live in a world of lies, and you shouldn’t have to fear what others think. Tell them the god-honest truth, and if they don’t like it, then obviously they’re not your kind of people. Honesty fills a person with pride, knowing that he/she doesn’t have anything to hide. One lie leads to another, and another, and so on and so forth. Even white lies you shouldn’t have to tell, because you still have to live with your guilty conscience. Honesty is the key to everything, no doubt about it!

Sometimes You Just Got To Get Away From It All

For those of you who have added me as a friend on your Instant Messenger program or Skype, you may have realized that for the last two weeks I have been quite busy.  Maybe you have left me a message via instant messenger, and you saw that I didn’t answer you, or if I did, it was a very late reply.

END_OF_DOCUMENT_TOKEN_TO_BE_REPLACED

Quickly getting to the point, it is very obvious that women deserve the same rights as men for many reasons. One of them being equality. The second would definitely come to be jobs. The last would be everyday lifestyles. 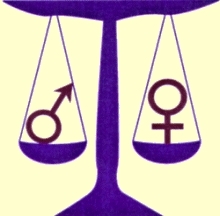 Equality is one of America’s biggest gifts to it’s residents, but also one of it’s biggest flaws. This meaning that there is still racism happening every day, and also a lot of sexism. Let’s face it, we are equal on paper, but in reality, far from it. Man has always been flawed, and it will continue to be flawed. Women deserve the same rights as men because honestly, women have more reasons to be successful than men.

END_OF_DOCUMENT_TOKEN_TO_BE_REPLACED

Today is the greatest day of the summer for V1. As I described on Monday, living with my roommate for the past 3 months was almost hell.  Today he left for home for good and I couldn’t be any happier.

Above is a picture of “Mike” who is sleeping on the ground as he is sick of sleeping on my couch.  As part of good will, I had let him borrow my extra pillow these last two weeks.

Now here is the funniest part of this whole summer ordeal.  Mike has started his internship without the employer knowing that he got kicked out of school this last semester.  Within the last weekor two, Mike got in touch with school and filed a petition letter, stating that the reason for his poor grades last semester was due to “threats from his roommate” who had written on the back of an envelope “Die Mike” in Chinese.

During that semester, Mike was afraid and he couldn’t focus. Plus, he was able to get from his doctor a notice stating that he had ADD.  With this evidence, and beyond my own personal belief, we just learnt yesterday that the school is giving him a chance to come back this fall.

I had suffered this whole summer because Mike had believed he was not going to get back into school until next year some time, and now he is the happiest guy I know.  Well, actually I’m happier now that I don’t have to listen to his troubles anymore.

As a lasting farewell, I’m putting up this picture of him so that the rest of the world can feel my pain living with Mike.

[EDIT: 1/30/08 – We at The Underground strive to get you the best programs, information, etc. It has come to my attention that Ultra Surf is not working as well as it should. Anti-virus programs have now named it a Trojan and will not let you install it with the anti-virus on. Because this file is marked potentially dangerous, you are downloading it at your own risk. If you have already downloaded it, you may remove it if you wish. There hasn’t been any large complaints about it but for the security of your info, you may want to scan your computer, delete the ultra surf file (if necessary), and find an alternative proxy program (or wait for us to do the searching for you!).]

Addition: 3/7/08 – Download link for a newer version of Ultra Surf has been added

So at one point we had a post telling you all a bunch of proxies that would let you access blocked sites at school, libraries, etc. Well we found that, actually, the blocking programs got a step ahead and even blocked those site so you couldn’t even get to the proxy page in the first place. Well guess what, here at The Underground we like being the one with the step ahead so I did a little searching for you all… and found this- UltraSurf!

Why does this work instead of the proxy web site?

Here is some info on UltraSurf:

“So what exactly it is??

It is the flagship software product from UltraReach Internet Corp. for Internet anti-censorship. It enables users inside countries with heavy Internet censorship to visit any public web sites in the world safely and freely. it enables users to browse any website freely just the same as using the regular IE browser while it automatically searches the highest speed proxy servers in the background.

What does it means??

How to get going??

It’s very simple you have to just-

What is the Flip Side??

“Too much freedom can Make you or it can Break you”

The flip side is that you can access to anything, I think you got my point, In school, universities and Work office various sites are blocked to raise their efficiency and productivity, and it is very much likely that if anyone get freedom he/she will definitely try to miss use it.
“

So do you want this program now, or should I just give it to you later? Lol, like I guessed, you want to Now. Well fine I guess I can give you a couple of download links…

Please Use Rapidshare if you can because I’m gathering points for your downloads. THANK YOU!

OK so once downloaded, unzip it (if at school, put it on your student folder so it will go with you from computer to computer, just hide it a little) and run the program. It will open up a web browser and another small program window. You will also see a Lock in the bottom right corner of the screen (I don’t know how to get it off but it doesn’t really bother me). Minimize the small program window and surf away on the web browser!

Enjoy your surfing freedom! Use it wisely and try and keep it a secrete because the schools, libraries, etc. will eventually find out if enough people are using it. This thing would spread like good gossip!!!