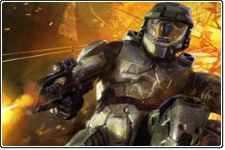 Did you know there was supposed to be a Halo movie in the works? Well, guess what? It’s officially dead. According to Creativity Online, they talked to director Neill Blomkam on the issue, and this is what he had to say:

The film is entirely dead. In the configuration it was in. Whatever happens with that movie, assuming that movie gets made, will be a totally different configuration. It’s not so much me as the entire vessel sank. Basically, it was a combination of; there were two studios involved that weren’t getting along in the process of making it, Universal and Fox. That kind of stuff happens, it’s a fragile industry. So the film collapsed at the end of last year, and it’s been dead, ever since then. I’ll be curious to see what happens.

Well, that sort of sucks, considering he did do some Halo 3 live action promos which were so badass. Anyway, here are the video shorts he did below in the YouTube video. Pretty cool, shame it wasn’t a real movie.