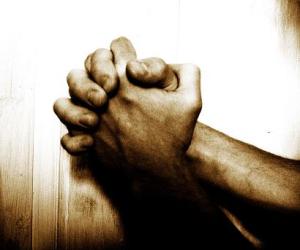 A close relative of mine recently found 2 interesting news reports in a nearby paper:

[to protect the identities of those involved, substitute names will be used. use your sources to find them if you need to]

On Aug. 11, 2007, [Town] police received a report that [Business], on [Street] in [Town], had been broken into and that an undetermined amount of cash had been stolen.

On further investigation, police found that the boards over an old window had been pried off.

On Nov. 29, 2007, Detective Sgt. [Sergeant] interviewed [John Doe] who reportedly admitted to breaking into [Business] and taking about $30 from the cash register.

He faces up to 12 years in prison if convicted.”

Here is a report from a newspaper in a next door city:

[again, the names have been changed]

[Offender], 33, formerly of [Address], was convicted of one count of first degree sexual assault of a child after a February jury trial in front of [County] Circuit Judge [Judge].

At that trial, [Offender] was found not guilty of charges of second-degree sexual assault of the same child.

The assault of the girl took place in [Different City] in October 2000.”

One wanted probably just wanted a video game. The other, well… And both get the same sentence.

Right now I’m writing a 12-page research document on similar, ridiculous incidents, however, regarding file sharing, the RIAA, MPAA, etc. Its purpose is to inform and open the minds of people with influence who are either out of control, like in this situation, or people who are uninformed. We all know how crazy the RIAA and MPAA are, as well as their supporters (includes some politicians; we love you Lieberman!……….)

I urge each and every one of you – do not make uninformed votes, write to your governors, make your voice heard.

“A water drop is little on it’s own, but without every single drop, there would be no water.”